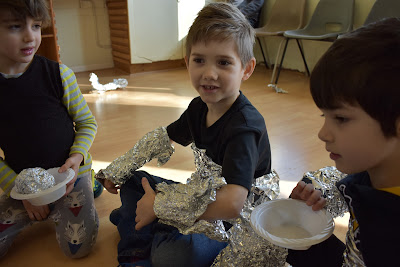 A very foggy morning today, but that didn’t stop us! Week two now of our ‘Space Tortoise’ project, though the move to bi-weekly sessions makes it feel like forever since our Story Makers were last together. This week was also half term, and what better way for it to come to a close than by looking at costumes? 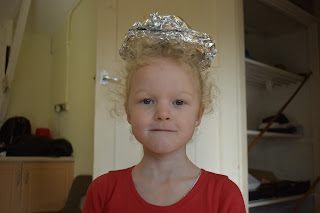 The aim of this session was to discuss the use of costumes in stories and how these help to tell it. We talked about what kind of costumes would be needed if we were to put on a production of ‘Space Tortoise.’ Some of the Story Makers suggested turtle costumes (a solid answer indeed), while others suggested space suits. In the story, the tortoise creates his own space suit in order to reach the other animals in space. Ours would be slightly different, but the group were excited at the chance to make the costumes themselves. 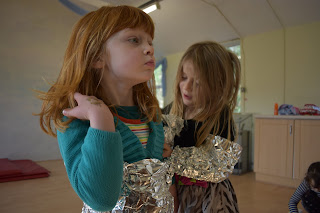 We discussed the idea that costumes can be made from lots of different, sometimes unexpected things. To craft our space suits, we used tin foil. A whole. Lot. Of. Tin foil (60 meters to be exact). Working in groups, one person would make the costume and the other would wear it, then they would swap and create a costume for their partner. This involved a lot of trial and error, with the first few costumes falling off shortly after going on. As the session progressed, however the group began to get the hang of sculpting the foil and these later versions managed to (mostly) stay on.

For those who didn't want to create space suits, we had space hats to make. Simple to do; just find a paper bowl and cover it in cling film. The trick, our Story Makers learned, was remembering to place a hole underneath for someone's head, or else the helmets would not stay on. With more time, string and pipe cleaners can be added to these to help them stay on and look good. 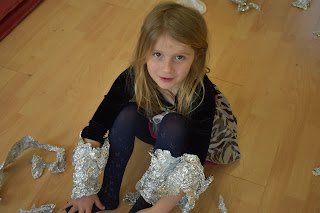 In the end we had a colourful array of different space suits and hats. As always we ended the session by sharing what we had made. Some had gone a step further and begun to make space shoes to go with their suits. All in all, it was a simple craft element this week, but hopefully got the group thinking about costumes and how they can be made. Next week we will be looking at scenery and creating a starry sky to use as a backdrop. 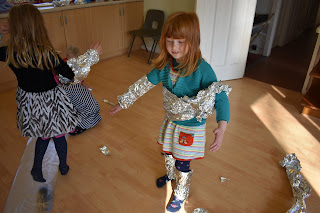 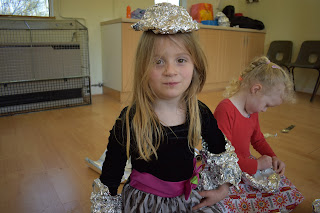 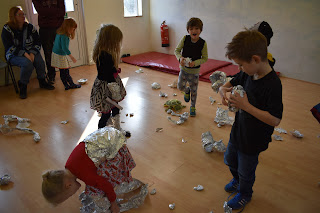 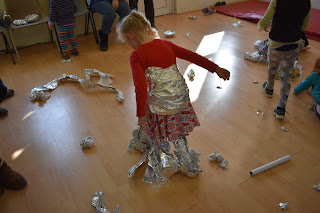 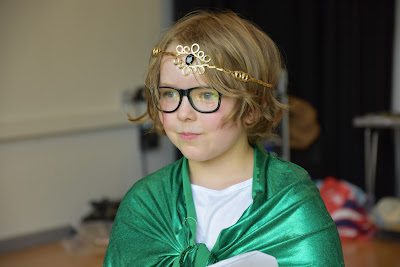